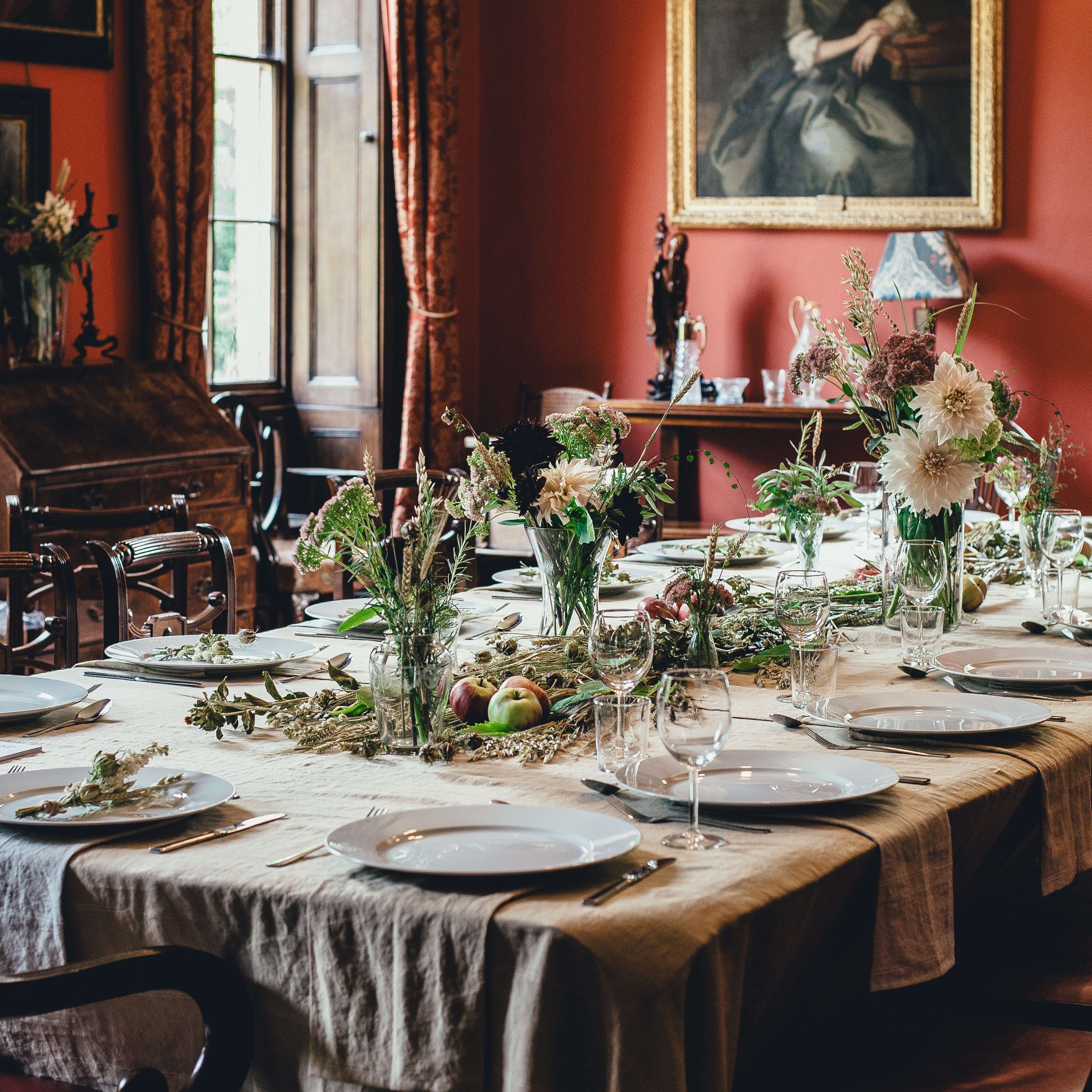 While raking the yard, an older gentleman wearing suspenders and a cute little hat came walking by my house. The people in my new community were not exceptionally friendly. I am from the south and will talk to anyone. My neighbors were not so excited to converse.

“Hello. How are ya’,” the chipper fellow said.

“I am well thank you.” I stopped raking thankful for the break.

The conversation started easily with this jolly old soul, as he leaned against his walking stick. He asked about my family. I asked about his. He told stories of his family his cheeks red from the crisp air, the smile covering his face and the memories sparkling in his eyes. It was close to Thanksgiving, so I asked what his family traditions were. I love talking with older people about customs and traditions they have in their families. He told a few stories and then asked if I wanted to know his favorite holiday tradition of all. Of course! 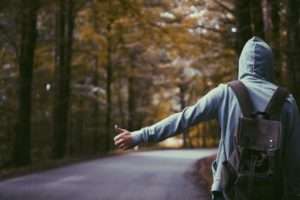 He began with a story of many years past when he was a young boy. His family spent each Christmas at his grandmother’s house. Christmas Eve dinners were a very special time with family and to his grandmother even more. Every year there was an empty seat at the table, set just like all the rest. It was a formal affair for his grandmother with cloth napkins, many different forks, knives and spoons, and various sized glasses. The empty seat was at the ready for serving. When the gentleman was a young teenager, he finally asked his grandmother why there was an empty seat. “I really never wondered before. Ya’ know the food smelled so good and a growing boy didn’t think of much else.”

Her response made him thankful, and he keeps the tradition to this day not only at Christmas but each holiday. She told him the extra place-setting was for an unexpected guest. It was a tradition of inclusion. The seat was at the ready for anyone who may need a seat; a friend who comes to the door, a tired traveler or family that was unexpected.

The story stuck to my heart. At Thanksgiving that year I set our first seat for an unexpected guest. Over the years we have had many adventures with that seat. Some years no one has needed a seat. Then there have been years when we needed more than one. 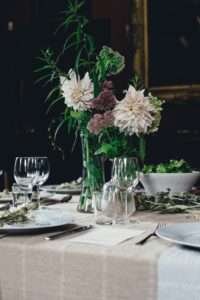 We begin our dinner with a prayer of blessing and for God to bring anyone who may need a place to celebrate to our table.

At the end of Thanksgiving dinner one year my phone rang. Our friends who only spent the summer in our city had friends who were going to stay at their house for a few weeks. For some reason, the spare key was missing, and I had an extra. My friend felt terrible that she had to ask but asked if it was possible for me to give them my key. As my boys and my hubby cleaned up from dinner, I drove the few miles to their house. In the driveway stood a man and woman with five children. I helped the mom into the house while the Dad was on the phone. As he approached and introduced himself, he asked if I knew of a place to have dinner. He was not able to find a restaurant open, and the grocery stores were closed. That empty seat became filled with a mom and dad and five little bottoms joining our celebration of thanksgiving for the blessings in our lives.

Another year our children had a friend who was beginning her second battle with cancer. She was 16. She and her mother were flying to another city to meet with a doctor who was doing new treatments and wanted to evaluate her to see if she was a candidate. They met with the doctor on Tuesday of Thanksgiving. One of my sons told me how her brother and dad were staying in town hoping the daughter and mom would be back for Thanksgiving. We invited them to join us no matter what. That seat became filled with a mom and dad, daughter and son joining our celebration of thanksgiving for the blessings in our lives.

God is so good. We leave a seat for an unexpected guest in need of a place to be part of a celebration, and it gets filled.

This Thanksgiving our oldest son is unable to be home; he lives in Australia, but his friend from graduate school is working near us. This year we have that seat filled already. It looks like we will be setting another.